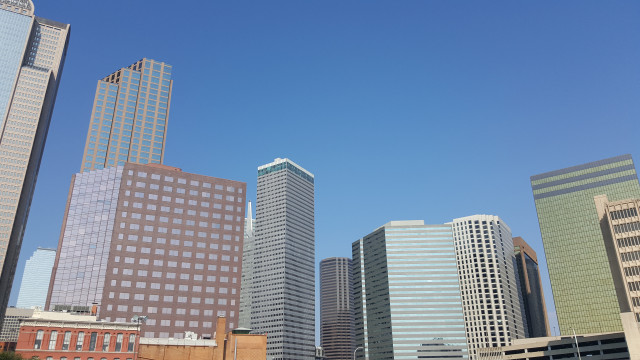 The basic operation of the Intox 5000 is infrared spectroscopy combined with computer programming that converts a measure in decreased light to units of measurement of alcohol (gm / 210 liters). The machine does this by measuring infrared light energy in the sample chamber. The light our eyes see is but a small part of a broad spectrum of electromagnetic radiation. This “machine” is able to see the whole spectrum as it relates to certain compounds that could be related to the consumption of alcohol.

As a subject’s breath is introduced into the sample chamber, the photodetector measures any decrease in light emitted from the light bulb. The amount of decrease is them entered into a computer program designed to convert the decreased light into grams of alcohol and then convert it into an expression of grams per 210 liters of air. Much is unknown at this time about how the computer performs this all important calculation as CMI claims that this is a “trade secret” and cannot be shared with the public or even law enforcement. Suffice it to say that anything that the Intox 5000 believes is an ethanol molecule will affect the results produced.

Some of the things that can affect breathalyzer reading causing it to show an inaccurate result are:
Chemical Exposure to the following compounds (1) xylenes (2) acetone (3) Toluene (4) Acetaldehyde (5) isopropyl alcohol (6) methanol

Atkins Diet – Isopropyl alcohol is actually released from the body as a result of this diet
Gastro Esophageal Reflux Disorder – If a subject is experiencing reflux events just prior to testing or during testing, the machine will read all alcohol in the sample and assume that it all comes from the lungs.

Standardized Field Sobriety Test – Dallas DWI Lawyer
The Standardized Field Sobriety Test (SFST) is a battery of three tests administered and evaluated in a standardized manner to obtain validated indicators of impairment and establish probable cause for arrest. These tests were developed as a result of research sponsored by the National Highway Traffic Safety Administration (NHTSA) and conducted by the Southern California Research Institute. A formal program of training was developed and is available through NHTSA to help law enforcement officers become more skillful at detecting DWI suspects, describing the behavior of these suspects, and presenting effective testimony in court. Formal administration and accreditation of the program is provided through the International Association of Chiefs of Police (IACP). The three tests of the SFST are:

Walk and Turn Test – Dallas DWI Lawyer
The Walk-and-Turn test and One-Leg Stand test are “divided attention” tests that are easily performed by most unimpaired people. They require a suspect to listen to and follow instructions while performing simple physical movements. Impaired persons have difficulty with tasks requiring their attention to be divided between simple mental and physical exercises.

In the Walk-and-Turn test, the subject is directed to take nine steps, heel-to-toe, along a straight line. After taking the steps, the suspect must turn on one foot and return in the same manner in the opposite direction. The examiner looks for eight indicators of impairment: if the suspect cannot keep balance while listening to the instructions, begins before the instructions are finished, stops while walking to regain balance, does not touch heel-to-toe, steps off the line, uses arms to balance, makes an improper turn, or takes an incorrect number of steps. NHTSA research indicates that 79 percent of individuals who exhibit two or more indicators in the performance of the test will have a BAC of 0.08 or greater (Stuster and Burns, 1998).

HGN Test – Dallas DWI Attorney
Horizontal Gaze Nystagmus is an involuntary jerking of the eye that occurs naturally as the eyes gaze to the side. Under normal circumstances, nystagmus occurs when the eyes are rotated at high peripheral angles. However, when a person is impaired by alcohol, nystagmus is exaggerated and may occur at lesser angles. An alcohol-impaired person will also often have difficulty smoothly tracking a moving object. In the HGN test, the officer observes the eyes of a suspect as the suspect follows a slowly moving object such as a pen or small flashlight, horizontally with his or her eyes. The examiner looks for three indicators of impairment in each eye: if the eye cannot follow a moving object smoothly, if jerking is distinct when the eye is at maximum deviation, and if the angle of onset of jerking is within 45 degrees of center. If, between the two eyes, four or more clues appear, the suspect likely has a BAC of 0.08 or greater. NHTSA research found that this test allows proper classification of approximately 88 percent of suspects (Stuster and Burns, 1998). HGN may also indicate consumption of seizure medications, phencyclidine, a variety of inhalants, barbiturates, and other depressants.

One Leg Stand Test – Dallas DWI Attorney
In the One-Leg Stand test, the suspect is instructed to stand with one foot approximately six inches off the ground and count aloud by thousands (One thousand-one, one thousand-two, etc.) until told to put the foot down. The officer times the subject for 30 seconds. The officer looks for four indicators of impairment, including swaying while balancing, using arms to balance, hopping to maintain balance, and putting the foot down. NHTSA research indicates that 83 percent of individuals who exhibit two or more such indicators in the performance of the test will have a BAC of 0.08 of greater (Stuster and Burns, 1998).