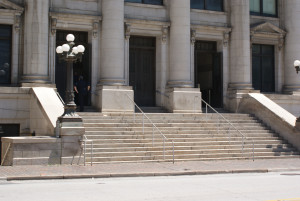 On June 28, 2011 at approximately 3:00pm in Collin County District Court you could have cut the tension with a knife. A hard fought case had just taken place with the Defendant Michael Whitaker standing in front of the judge about to hear a decision that could change the rest of his life. With his attorneys, Jeffrey J Beltz and Rajish K. Jose standing beside him, the judge made a brief statement and then stated the words “not guilty.” With those words the only sounds made in the courtroom were a gasp and one clap of hands.

The case involved an alleged sexual assault that occured on New Year’s eve night into the following morning in 2007-2008. The prosecution’s outline of the facts that night were so drastically different from the defenses’ perspective that it was obvious that the judge could not consider both to be the truth. Prosecution portrayed the alleged victim, Ms. Hearn as having had a date with a prior boyfriend and getting home late into the morning at around 3:30am on New Year’s day. The alleged victim claimed she was not drinking in her initial testimony but was later to have been found to have admitted in a police video that she was intoxicated. Ms. Hearn also testified on the stand that she never knew Mr. Whitaker. However, the defense was able to establish that Mr. Whitaker had known very intimate and detailed facts about her that showed a very close relationship. One of those facts being that an ex-boyfriend had punched a hole in her pantry door and spelled the words “I love you” in blood on her back door. Ms. Hearn alleged that Mr. Whitaker snuck into her house early in the morning and forced himself on top of her while she was asleep. The victim stated that she woke up with Mr. Whitaker inside her.

The defense was able to prove that Mr. Whitaker had lived above Ms. Hearn for almost six months. That he had been inside her home on multiple occasions as well as had an intimate relationship with Mr. Hearn in the past. That Ms. Hearn had in fact called him on the night in question and he had attempted to return her calls throughout the night. Mr. Whitaker before going into his apartment knocked on her sliding glass door which she responded by asking him to come into her house and into her bed. A sexual encounter then occurred. After the encounter the defense portrayed Ms. Hearn as being regretful and angry that it happened because she was dating another man at the time. That she began to direct that anger at Mr. Whitaker and asked him to leave. That she became so vindictive after that night that when Mr. Whitaker was evicted for being labeled as a potential rapist, Ms. Hearn quickly moved into his old apartment because “it felt good to take something from him.”

The alleged victim only lived a block away from the police department but calls a cousin in Alabama to maker her allegation of rape. The cousin was the first person to call 9-1-1. Thereafter, a case was opened and a charge was made. 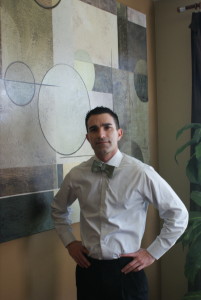 When attorney Jeffrey J Beltz was asked why he thought the judge found in favor of his client he said, “I learned very early in my career that a jury and a judge will forgive you for many things during the course of a trial, but lying is not one of them. When the victim got caught lying about basic details of the case, it casted doubt as to every other statement she made. Her answers were always in the extreme and it just didn’t add up. Mr. Whitaker’s story was always the same and never changed once. The judge made a very hard decision but it was the correct one.”

Mr. Beltz is founder of The Beltz Law Firm and can be reached for further comment at www.beltzlaw.com or at 214-321-4105. He has been a practicing attorney in Dallas since 2003 and focuses on trial law in the areas of Criminal Law and Personal Injury Law.