Attorney For DWI Charge In Dallas

When you are suspected of DWI, the officer is collecting as much evidence against you from the moment of the initial contact. One critical tool used by police is the Standardized Field Sobriety Tests (SFST’s). The three parts of the SFST are described below.

In this test, an officer asks the suspect to follow a small stimulus (typically a light, pen, penlight, etc.) with their eyes only to determine whether nystagmus is present. Nystagmus refers to an involuntary jerking of the eyes as the eyes gaze toward the side. The HGN test is divided into three parts, and police are looking for certain “clues” that nystagmus is present.

In conducting the test, the officer is looking for three clues in each eye, for a maximum of six possible clues. The specific clues are:

* As the eye moves side to side, does it move smoothly or does it jerk noticeably? Any lack of smooth pursuit is considered a clue of intoxication.

* When the eye moves as far to the side as possible and is held in that position for several seconds, does it jerk distinctively? Any sustained and distinct nystagmus at this maximum deviation is considered a clue of intoxication.

* As the eye moves toward the side, does it begin to jerk prior to reaching a 45-degree angle? The onset of nystagmus prior to the eye reaching 45 degrees is considered a clue of intoxication.

According to the Standardized Field Sobriety Test manual developed by the National Highway Traffic Safety Administration (NHTSA), research shows that if four or more clues are discovered, it is likely that the suspect’s blood alcohol content (BAC) is above 0.10. This is reported to be 77% accurate.

Of course there are several problems with this claim. First, in order for the HGN test to have any validity at all, it must be administered in accordance with the training that the police receive pursuant to the protocol developed by the NHTSA. Second, nystagmus may be the result of other sources than alcohol. Third, even if properly administered and reported, there is no reliable evidence that a particular result on HGN correlates to a particular alcohol concentration, i.e., the HGN test cannot be used to prove a person’s alcohol concentration even though it may show that the person consumed alcohol.

II. The Walk and Turn 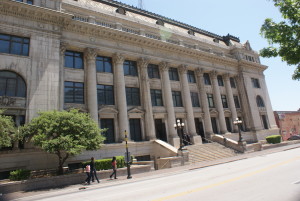 Lawyer For A DWI Charge In Dallas

This is a divided attention test designed to subject the suspect to concentrate on two things at once, similar to driving a car. The test consists of two stages:

* The Instructions State, and
* The Walking Stage

The Walking Stage is a test where the subject takes nine heel-to-toe steps in a straight line, turns around in a very specific manner, and takes nine heel-to-toe steps back to the starting point. While the subject is walking, he must count the steps out loud. This stage is supposed to divide the subject’s attention between balancing during the walk and the small muscle control of talking out loud and recalling the number of steps taken and following very specific instructions.

In the Walk and Turn test, like the HGN, the officer is looking for supposed clues of intoxication. In this test, there are a possible eight clues. Would it surprise you to learn that if, in the officer’s subjective opinion, the subject scored two clues, you have failed the test? That is correct. A subject may complete six of the eight portions correctly and still fail the test, according to the police.

Officers look for a total of eight clues during the performance of the walk and turn test:

According to NHTSA research, if the subject exhibits two or more clues or cannot complete the test, the subject’s BAC is likely to be above 0.10. This has been shown, according to their research, accurate 68% of the time.

III. The One Leg Stand 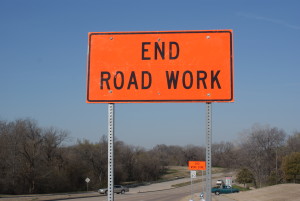 Like the Walk and Turn, the One-Leg Stand test is a divided attention test consisting of two stages:

* The Instructions Stage, and
* The Balance and Counting Stage

In the Balancing and Counting stage, the subject must raise one leg approximately six feet off the ground and keep the raised leg parallel to the ground. Then, while looking at the raised leg, the subject must count out loud in the following manner: “one thousand one”, “one thousand two”, etc. until the subject is instructed to stop. Again, the subject is expected to keep his balance while counting out loud. Officers are trained to keep the test going for 30 seconds because according to NHTSA research, only a few impaired subjects can stand on one leg for more than 25 seconds.

The officers are looking for up to four specific clues:

According to NHTSA research, if the subject exhibits two or more clues or cannot complete the test, the subject’s BAC is likely to be above 0.10. This has been shown, according to their research, accurate 65% of the time.

Again, the results of this test can be validated only if the instructions were given correctly. Also, the results do not point to any specific amount of BAC only that alcohol may be present. 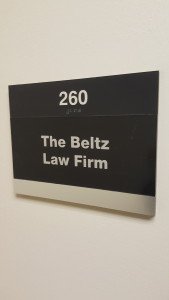 Additionally, the police may also ask you to engage in one or more non standardized tests such as reading from a document, reciting the alphabet, or performing the Rhomberg test.